Regression Hypnosis: Is it for real?

Recently a woman entered the office of a hypnotist hypnotherapist to discuss a development which she did not understand. She had always, as far as she remembered, been affected with sadness when a visitor left her home, but in recent years the feelings had increased. Not only had the emotional disturbance become greater, it also now resulted in tears and severe crying spells which approached the levels of hysteria.

This was increasingly embarrassing, for the emotional upsets came when anyone went out the door. It was not limited to loved family members and fears for their safety. It occurred regardless of who departed – the plumber, carpenter, even general repairmen. She felt the situation demanded attention and a friend had suggested hypnosis.

While in traditional psychoanalysis the case might have required many months or even years of therapy, the hypnotherapist felt that three sessions could prove adequate. The first session would involve information gathering in the fully conscious state, familiarization of the client with the nature of hypnosis and certain tests of hypnotizability to provide the practitioner with information important in determining methods and procedures appropriate to the client’s personality and belief systems.

A Case For Regression Hypnosis

Take a closer look at the power of the human mind!The second session was planned to utilize techniques of hypnotic regression, the purpose being to seek out the cause or event involved in the initial development of the problem. The hypnotherapist felt that something, probably early in life, had occurred which created an imprint which subsequently had been forgotten or had been unrecognized for the effect it could produce. It might have involved parents, teachers, relatives, siblings. Regression could pull back the covers of the past to reveal the casual factors.

The regression proceeded normally. Since the hypnotherapist had no knowledge of either the age or circumstances involved, the client was simply instructed to go back in time to the year and place where the problem originated. Programmed to view the event as if it were a television show and to be able to speak about it, the client was asked what was going on.

Well-meaning family members then sought to avoid a situation where, not understanding death, the child would not be constantly expecting her father to return. They explained to her that when her father was taken out through “that door”, he would be gone forever and would never return. That, she was told, is what death is. You go out a door and never return.

Bingo! The explanation and the concept of doors was locked subconsciously into the three year old mind. There was no understanding, simply an authoritative statement that going out a door led to something terrible. Parents, teachers and others often have no idea that an explanation understandable and well-intended to adults can prove devastating to a child mind.

Having uncovered the casual factor and surrounding circumstances, the hypnotherapist felt it would be fairly simple, through hypnosis, to guide the client into releasing the past to the past where it would have no further effect on the present or the future. However, as is not infrequently the case, it was not necessary. Simple understanding of the cause – emerging from hypnosis with heretofore buried knowledge – was in itself sufficient to resolve the problem. From that moment of understanding the problem vanished instantly. In three years it has not returned. The third session was never needed.

“Open the door to deeper levels of mind with Regression hypnosis!”

Age regression hypnosis has proved invaluable in hypnotherapy. Its use in psychotherapy, following the work of the internationally recognized psychiatrist, Milton Erickson, has been expanding steadily.

Regression hypnosis, as in the case cited, had proved a superb vehicle for rooting out causes. In many cases of stress or anxiety, the causing factors are unknown to the conscious mind. But the unconscious, vastly larger and more powerful, is the seat of all memory and can bring forth from memory information and events related or pertinent to the problems at hand.

Fears and phobias often have hidden, repressed or suppressed causes which can be ferreted out through hypnotic age regression. Perhaps the most important factor in successful regression is the rapport between client and hypnotist. Hypnotic trips into the past can encounter very sensitive and personal revelations, and solid trust and comfort between the participants is essential to the achievement of goals.

Considerable attention has been given in recent years to the phenomenon of “past life regression”. Trained professional can resolve many problems using this type of therapeutic procedure. Such professionals usually do not claim that experience recalled in such regression is necessarily valid, noting that such regression could call up past fantasies, imaginings or dreams. The consensus seems to be, however, that whether the recalled experience is real or imagined is really not significant – if it solves the problem, which is often the case.

Regression hypnosis, of any type, presents no particular risks in the hands of a competent and trained professional. It can offer major advantages in revealing the sources of problems, even in cases of habit control – smoking, overeating etc. It is usually contraindicated in cases of major medical disorders.

Martin Kiely is a full-time consulting hypnotist practicing in Cork, Ireland, since 1989. He maintains a highly successful hypnosis practice and professional hypnotism training centre. Martin is the first National Guild of Hypnotists Board Certified Hypnotist and Certified Instructor in Ireland. For hypnotism services in Ireland sometimes it’s better to talk to a real expert and trusted authority in the hypnotism profession. Contact Martin Kiely Hypnosis Centre today for further information or to discuss your hypnotism service options. 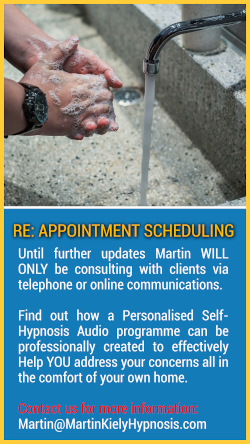 The Next NGH Certification Training Class Will Start In… 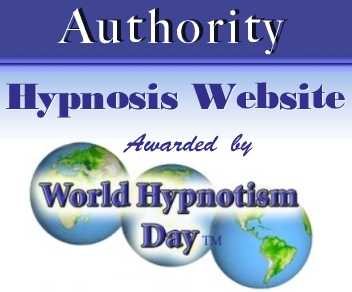